Which English Language Test is Best for Me? 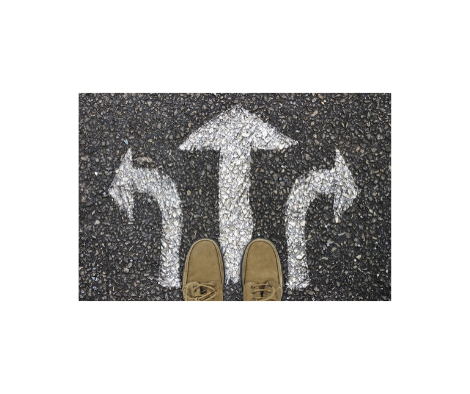 Many individuals who are planning to sit an English language test such as IELTS, TOEFL, or PTE, find it confusing which test to take. If this sounds like you, this short article provides helpful insight.

Like millions of other people, you might have recently considered taking an English language proficiency test such as IELTS, TOEFL, or PTE. This could be because you are planning to move to another country to continue your education at a higher level. Alternatively, you might have considered immigration to an English speaking country for professional and/or personal purposes. In either case, it is commonly required that you provide proof of English proficiency as a mandatory part of your migration.

There are several English language tests, and many people find it a bit confusing which test to take. Making the right choice can give you peace of mind as it can mean saving a lot of your precious efforts, time, and money. Now, your challenge is “which test you should choose!”

The short answer is they are all good, and “it all depends”!
Believe me or not, having taught hundreds and hundreds of English test preparation courses since 2006, there has not been a single week without someone asking me “which test is the best”. So, if you are one of them, you are not alone at all.
In this article, instead of making comparisons among the tests, in the following sections I’ll bust some common myths that could cloud your decision making.

Myth #1: “Test X is the best English language test, ever!”

This is obviously a myth, and as I stated previously, you must take into account a whole range of factors before setting your mind on a specific test. In fact, you should consider “who” says this, and “when” and under “what” conditions they took the test. So, once again, “it depends”!

In terms of their “intrinsic quality”, if you do a bit of research about most of the high-stakes English language proficiency tests such as IELTS, TOEFL, and PTE, you’ll realize that they have all been developed by dedicated teams of scholars and experts, who constantly monitor, revise and improve the tests. This means, almost all the tests you hear about, such as IELTS, TOEFL, and PTE, are credible in terms of doing what they are supposed to do and measuring what they are supposed to measure.

You might also consider the “relative quality” of the tests, which requires making comparisons among them. If this is the case, you cannot separate yourself as a test taker from the context of making comparisons. This means, if you wish to compare tests such as IELTS, TOEFL, and PTE, you cannot do so without including yourself inside the process of evaluating their relative quality. In other words, a test can be “the best” option for you but “the worst” option for another candidate.

It is true that despite their inevitable differences, the existing tests have a lot in common. However, some could be more suited to your situation, needs, and characteristics as a test taker. For example, if you are not comfortable with reading on a computer screen, or if you are not very good at typing, you could find paper-based IELTS a suitable choice. Likewise, if you don’t feel comfortable talking face to face to strangers, you might find the speaking test of TOEFL iBT or PTE more convenient. In a sum, as the test taker, you are a major part of the play when deciding which test is best.

"The short answer is they are all good, and it all depends!"

As I’ve just said, you cannot and should not base your test taking plans on other people’s experiences. Of course listening to others’ experiences can provide valuable insight, but it is “you” who should decide what “best” suits “your” situation and characteristics. In other words, you cannot and should not overgeneralize an individual test taker’s experiences to all other test takers and test taking situations as obviously, it is not a one-size-fits-all case

Myth #3: “The scoring process of test X is not that fair compared to test Y!”

Well, this is not necessarily true. While there have been hundreds, if not thousands, of cases when a test taker could score much higher in test X than test Y, this doesn’t mean that the scoring process of test X was unfair. Once again, it could be due to several other factors one of which could be the scoring processes of the test.

So, if you are still unsure which English language test to take, my take-away advice for you is listed below.

- You must have a clear understanding of your purpose of taking an English language test. For example, certain countries, companies, or even universities have their own preferences in terms of English language tests and scores, which means you’ll need to comply with their guidelines.

- Take all the tests in a mock form to see how each one is, and if you are comfortable with its format. Some people find it hard to take an online test, no matter how popular the test is.

- Consider the logistics and costs of the tests. For example, if taking a test requires travelling to another city or even country, you might want to revisit your plans.

-Consider the wait time for booking the test and for the results to be released.

- Take into account the practical aspects of preparing for the test including the preparation materials and resources available to you. In some cases, it is hard to find qualified instructors, high quality materials, and effective courses to prepare for a test.

In summary, it is crucial that you consider your own situation, needs, wants, preferences, study habits, personality traits, and test taking habits when deciding which test to sit.

No matter what test, I wish you good luck with your preparation for IELTS, TOEFL, PTE, OET, or any other English language proficiency test.

Take your learning and preparation to a new level!

Select a course first to display its contents.

No available contents for

There are no free, paid or coming soon courses in your school yet.
Why don't you create one?

Oops, your school's owner is working hard preparing the courses for you.

Oops, you haven't created any courses yet.

Wouldn't it be a good idea to create a course?

No blog posts found in your blog. Why don't you create one?